Director and Interim Treasurer:    Paul Bresciani    (513) 688-3153
​Paul is the Director of the National Association of Pastoral Musicians' Chapter of the Archdiocese of Cincinnati. He is also the Director of Parish Music and Organist at St. Veronica Catholic Church in Mt. Carmel, Ohio, serves on the Archdiocesan Music Committee, sings in the Archdiocesan Choir, and is a member of The American Guild of Organists Cincinnati Chapter.  Before taking up liturgical music as his vocation, Paul was an orchestral musician who held posts with the San Francisco Symphony, San Francisco Opera, and the Buffalo Philharmonic, among others. He resides with his wife Janet and stepdaughter Elena in Springfield Township, Ohio.

​Director, Dayton Branch:    Kevin Samblanet    (937) 433-1188
Kevin is the Dayton Branch Director of the NPM Cincinnati Chapter of the Archdiocese of Cincinnati. He is also the Music Director and Organist at Incarnation Parish in Centerville, Ohio, and ​serves on the Archdiocesan Music Committee.

​Interim Secretary and DMMD Director:    Mary Bellman    (513) 683-0105
​Mary is the ​Interim Secretary and DMMD Director of the National Association of Pastoral Musicians' Chapter of the Archdiocese of Cincinnati.  She is also the Music Director and Organist at St. Columban Catholic Church in Loveland, Ohio, is Chairperson of the Archdiocesan Music Committee, and is an adjunct faculty member of the Athenaeum of Ohio. 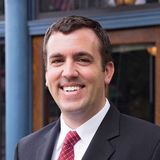 ​Hospitality Director:    Ron Miller   (513) 777-4322, Ext 108
​Ron Miller is the Hospitality Chair of the NPM Board. He has been serving in Music Ministry in Cincinnati since age 12 and in leadership roles since 2000. Ron has served on multiple NPM Convention Core Committees, and is a member of the Archdiocesan Music Committee.  He is the Director of Music Ministry at St. Maximilian Kolbe Church in Liberty Township. 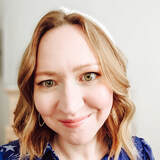 Social Media Director: Jessica Mills (513) 601-9820
A native of Louisville, Kentucky, Jessica has worked in music ministry for over fifteen years.  She holds degrees in music and     choral conducting from Bellarmine University and the University of Kentucky. She is currently the Director of Music and           Liturgy for St Monica-St George in Clifton, which also serves as the Newman Center for the University of Cincinnati.

​Director of ODWS:    Jeremy Helmes    (513) 421-3131
Mr. Jeremy Helmes currently serves as the Director of Divine Worship and Sacraments for the Archdiocese of Cincinnati. Jeremy has served in many leadership capacities for NPM, including as a member of the DMMD Board, as chair of the Pastoral Liturgy Steering Committee, and as co-chair of the 2017 national convention. He has served since 2016 on the NPM Board of Directors, serving for two years as vice-chair, and most recently as chairman. He is the author of Three Great Days, published by Liturgical Press, and his articles have been published in Pastoral Music and Worship.  Jeremy lives in Cincinnati with his wife Karen, and their sons Nate and Will. 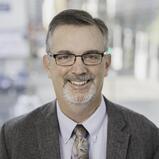 ​Archdiocesan Music Director:    Matthew Geerlings    (513) 421-2222
Matthew Geerlings is Music Director of the Archdiocese of Cincinnati, as well as the Director of Music for St. Peter in Chains Cathedral Basilica, posts he assumed in the summer of 2020. Mr. Geerlings had served as the Director of Music for the Cathedral of the Epiphany, Sioux City, Iowa, since 2000. He earned a Bachelor of Music degree from the University of Memphis and a Master of Church Music degree from the University of Kansas. In 2006 he managed the commissioning, design and installation of a new pipe organ for the Cathedral of the Epiphany built by Wech Orgelbau of Buchloe, Bavaria. In 2017 the cathedral choir was invited to sing for the final mass of the Extraordinary Jubilee Year of Mercy at St. Peter’s Basilica in Vatican City. His work at the cathedral in Sioux City included directing choirs for the multi-lingual cathedral parish, as well as serving as the diocesan choir director and organist for all major diocesan liturgies.